What ‘The Block’ Gets Wrong

Renovation TV shows like The Block and House Rules are some of Australia’s most popular reality dramas. Jam packed with laughter, tears, tension and drama, the show sees couples forced to create ‘dream’ homes or apartments in a frenzy of demolition and decoration.

There are a number of issues with this concept.

Building or renovating does not have to be an emotional rollercoaster of laughter and tears. Of course, in a regular build in the real world, design and construction are carefully considered and communication is at the forefront. But this setup doesn’t make for great TV.

In the real world, the last thing a client or builder wants at the end of a project is to feel exhausted, drained or hollowed out. Cost blow outs, design errors and arguments about inclusions are great for ratings but not for a builder or client in a real-life setting.

So, what should you look for in a builder, to avoid a dramatic, reality TV style build?

You should always seek out a builder with a tried and trusted team of designers, sub-contractors and suppliers. Look for someone who puts time and effort into providing detailed plans and scope of works; who provides a full bill of quantities with a fixed price and a guaranteed delivery date. You should look for a builder who tailors your budget to your needs and who has systems and procedures in place to ensure a smooth, stress-free build.

We had an experience at Eiffe Builders last year where we met with a potential client who had spent $25,000 on a full set of house plans from an architect. Unfortunately, the architect had failed to conduct a cost analysis of the plans based on the client’s budget of $650,000. When the client approached us, we provided a full bill of quantities, estimating a total cost of $1.3 million, exactly double the clients budget. Naturally, the project did not go ahead, and the client was out of pocket $25,000.

Another meeting we had was with an owner/builder who had been given an estimate of $750,000 to renovate his home. He thought this was too high, so decided to instead take a year off work and do it himself. Fourteen months later he had spent $1.2 million, lost a years’ worth of pay and his marriage had ended. Had he engaged a builder things may have been better.

Remember that the builder you choose should have a proven track record in your type of construction, whether it be new builds or renovations. If you’re looking at an architecturally-designed house or a home on a difficult or sloping block, your builder must have experience in these specific areas.

Your home should never be a test run. Rely on a builder’s track record and reputation.

To start a conversation with a reliable builder, get in touch with the team at Eiffe Builders today! 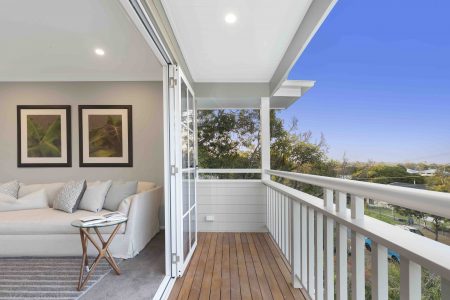